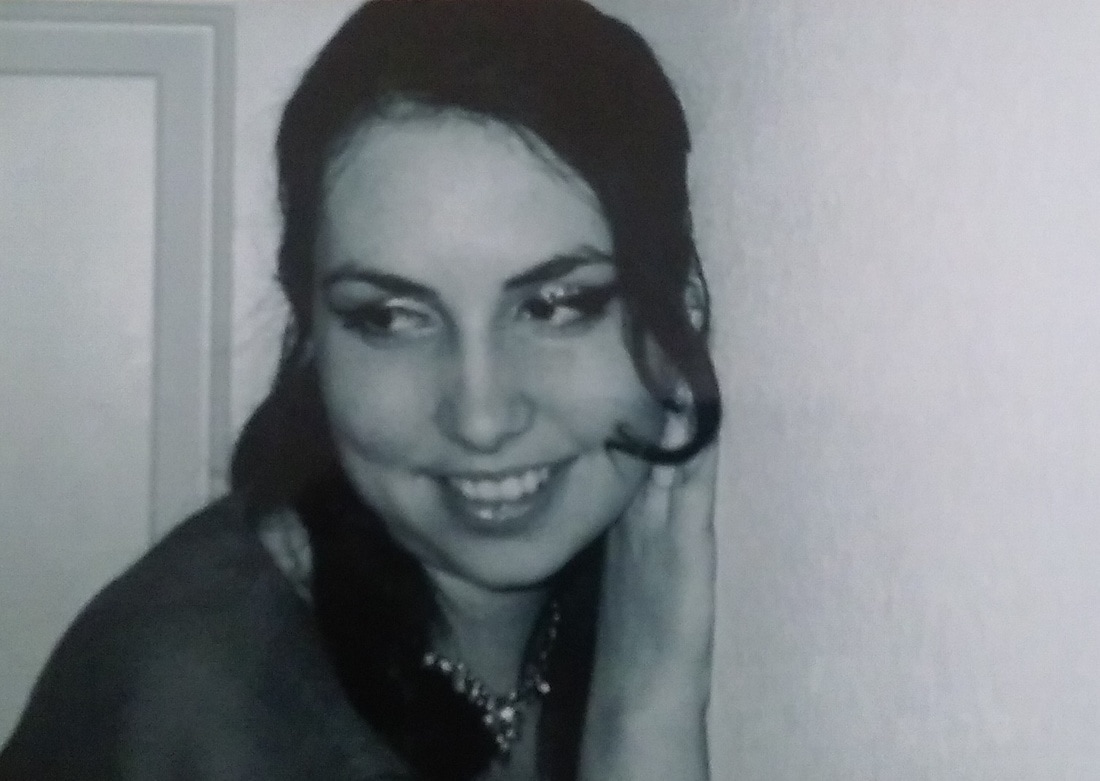 It’s been months now since the Ghost Ship Fire in Oakland took 36 beautiful, talented, unique souls from this earth. The loss left the rest of us beyond devastated, in shock and numb.  For many of us the shock  remains and we live in a suspended state of disbelief. The week following the Ghost Ship fire was a nightmarish hell no one should have to endure, waiting and not knowing  whose bodies they'd find or when and what kind of condition they’d be in. We all prayed and hoped desperately they did not suffer.  I had talked to Jennifer Mendiola just days before the fire about her coming to visit me over Christmas vacation. Never would I have thought this would be the last time I'd hear her voice again, that  I would never see her smiling face again, hear her laughter or feel her arms wrapped around me.

For  years she had lived between her  estranged husband’s apartment in Oakland and a housing rental near her studies at UC Merced, at which she pursued her doctoral studies. She had spent her entire adult life working on earning that degree and believed  it would allow her to fulfill her passion in life of helping others.  She was a sweet, kind, gentle soul. There was a kind of childlike joyousness to her  that was rare in a person.  I believe a lot of why she had such an heart in hand attitude and shining light inside her was due to how she was raised. Her family are  devoutly religious and this inspired her to be a non-judgemental person who had the capacity to experience unconditional love with everyone she knew.   As a teen she was going to out to all ages clubs in Sacramento and hanging out with the outcasts and misfits at her school, even though her extraordinary beauty meant she was accepted by everyone. Though her beauty meant nothing to her, she held no power over others because of it and did not use it to her advantage. She was very conscientious of others and made a point of saying she wanted people to love her for who she was inside. She never spoke badly about anyone  regardless of how they treated her and never held anger or sadness in her heart despite having every reason to. When Jen walked into a room, she radiated and beamed with a magnetism people gravitated to.    I  first met Jen when she arrived in San Francisco to attend SF State at 18 years old and this led to a close friendship that lasted nearly two decades until her death.  Soon after we met, we began living together and were inseparable becoming more than just friends, we were like sisters. soul mates. Her family and friends became mine, it was as if our lives became one.  I could never imagine life without her.

Around 2008, Jennifer married John Mendiola and moved to Oakland. She began her graduate studies at UC Merced and transitioned between both cities, which were two very different worlds for her. She still came back to SF for social events when she had free time from school but Oakland was where she felt most at home. She had many friends who were  artists or musicians and this became a major part of her life, which led to her meeting Micah. At the start of 2016, Jen and her husband separated and she subsequently stayed with friends around Oakland while she finished grad school, which was incredibly challenging for her. She was set to receive her Ph D in just a matter of  months after the fire. It was during this time she met Micah,  both immediately knew they were destined to be together. They began to make plans for their future, to be married and have children.   The very week their lives would end, they saw their life together as just beginning after signing a lease and proudly displaying a photo of the key on their Instagram. They moved in to that apartment the day of the fire. Jen had gone up to her parents house in Sacramento, moving furniture to Oakland, spending  the entire day moving. Despite they were both exhausted, Micah was set to be performing at Ghost Ship that night. It was an important part of his music. Micah had asked her to stay home and rest after that long grueling day of moving but she insisted they be together that night, so she went anyways.

None of us knew for certain that she actually went down there. We thought she might have stayed home and got some rest. We heard about the fire that night on Friday December 2nd and became frantic, which quickly turned into  panic for many of us by Saturday afternoon. I must have called her phone at least 20 times in the first 12 hours since the fire. There was no answer, just straight to voicemail. With every unanswered call, the fear and anxiety grew and soon became overwhelming terror. All of our mutual friends spent that weekend sobbing and crying, calling each other trying to console our fears that Jen was there but it was  inconceivable she could have died in the fire. Nobody really knew what was going on, who got out, where anyone was but we assumed Micah, who knew where the back exit was, must have escaped. That maybe Jen and Micah found refuge at a friends and were recovering. We didn't know the back exit had been boarded up to keep people from entering the  Ghost Ship for the show without paying.

I kept calling friends and we cried together and reminisced about wonderful and funny memories of her, she had such a great sense of humor and that’s one of the things she always said she loved about me, how much I made her laugh. No matter how bad things got, I always managed to lighten her mood. By Saturday night, we knew something was really wrong that nobody had heard from her. She would have responded to her messages by then and at least called her family after hearing about the fire. Then before we could even process what we were feeling, Jen’s estranged husband started contacting us about where she was, which seemed odd because she was not on speaking terms with him. He was told about Jen and Micah being at Ghost Ship and to prepare for the worst. He didn’t know about Jen’s new relationship nor that she went to the venue that night. His sister began to explain in news stories that John was in shock from learning Jen was not only in a relationship with someone new but she had moved in with Micah.

She’d finally found the love of her life and yet perished with him, they died together as a result of that love. The news began contacting those of us who were posting on social media about our concerns, asking for a story. Many of us were too much in shock to speak to anyone. We created a Facebook memorial page for Jen and had to use both her maiden name, married name and the fake name she used online in order to have privacy from her school and her estranged husband.  Some of the students at UC Merced were not the supportive loving friends and peers they suddenly made themselves out to be after the fire. It pained me every time I saw one of them speaking out somewhere, raving about how much they loved her and how close they were (some even went on the news) when I knew in my heart, that she came to me in tears with stories of how badly they treated her. Academia can be a very cold, competitive place.

Then almost a week later, the coroners finally found her body. She had died by the back exit with Micah. He had most likely been taking her there before the smoke consumed them and the ceiling collapsed around them. Jen was found wrapped in a Persian style rug that had fallen from one of the walls. Miraculously, this rug enveloped her like a chrysalis, so that when her spirit left her body it was like a butterfly emerging into new life. We were told that she was untouched by the fire and died immediately from suffocation of the heat and fumes. She did not suffer much compared to others. I could not even express how grateful I was to have had that closure. But the reality of her now being gone from this earth did not hit me until over a month later. The outpouring of support and love shown for Jen and the victims of Ghost Ship was overwhelming, from the moment of silence in Congress for those who died in Ghost Ship to Patty Smith’s speech about the loss and the importance of artists before a performance. I am grateful for all the news coverage which did truly honor her memory with sensitivity and respect like NPR and the East Bay Times.

But during all of this began an even bigger nightmare during which there was a struggle between Jen's parents and her estranged husband over her body.  California law gave complete control over Jen after her death, to her estranged husband. It should have defulted to her parents.  There was a legal battle over who could choose where she would be laid to rest and who was entitled to her belongings.  Eventually her estranged husband and her parents worked out plans and he allowed them access to her things.  One of those being a diary she had kept faithfully throughout her life and this gave an even greater closeness and understanding of Jen for her parents.   Her mother had said that at the apartment in the mail, waiting in an unopened box , was a dvd of It's  A Wonderful Life.

I am still unable to believe Jen has been taken from me and her life was stolen at 35 years old. She was  so close to her life long goal of getting her PhD., which she wanted to use to help people because of her deep compassion and love for humanity. On her birthday many friends had a small party at her grave but this to me is not enough to truly honor the memory of Jennifer. I plan to dedicate my next book to her and Micah. I will love you forever Jennifer and see your radiant, smiling face again someday. I hope you and Micah are together out there somewhere holding each other still.